Social media is a term for certain applications and websites; the focal points of those certain websites are sharing ideas, microblogging, collaboration, and, most importantly, social networking.

In this 21st century, Facebook paved the way for a new era of communication, and then came Twitter, Instagram, Snap Chat, and many more. It is an open secret how these tools have become a huge part of our life.

The purposes of these tools have extended from only communicating with friends and family to promoting the brand and oneself, sharing ideas, and sharing educational files of your course, e.g., Google Classroom, and Zoom.

Nowadays, business relationships are built on LinkedIn, Facebook, and Twitter. I have written another article about it which you can check out.

Since the pandemic started, people started to use these social networking tools drastically. According to the Harris Poll, 51% of adults in America were using social media more since the pandemic began, than 46% in March. The survey found more information, and one of the important data was that 60% of the total respondents in that poll were aged 18-34.

These people started using Google Classroom and Zoom drastically for meeting and study purposes mostly. The closure of schools, colleges, and universities for an uncertain time has been the main reason for using these tools. But there is another tool that has been using many people since the pandemic, and that is Discord.

Discord is a VoIP. The full form of VoIP is Voice over Internet Protocol which is also called IP telephony. IP Telephony regards the process which enables the delivery of voice communications over Internet Protocol networks. If I have to say it, it is a free messaging, video, and voice-calling app used by millions of people worldwide. 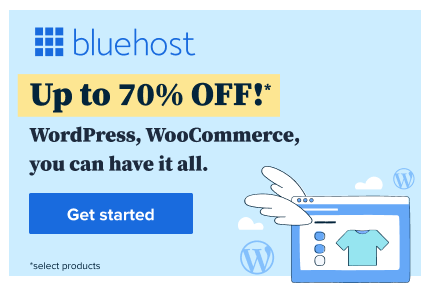 When Discord came to the ‘social networking tools’ market, it was mainly used by gamers. They were using it as a group-texting platform, but eventually, it had been started using by general people, especially the last year.

People find Discord more relaxing than other social networking tools because of some great features. We will get there later and discuss all the features and benefits and some negative impacts of this tool.

Since last year, people have started using Discord daily to talk about many things, including various school projects or topics related to business or jobs.

Some people started talking regularly on Discord, and some people talk to each other about mental health. You can create various servers in Discord and give them a specific name to talk about a specific issue or thing.

For example, you create a server and give it the name “mental health” or “football topic.” You can give mental support to each other there, and if it is a “football topic,” then you people can talk about football. Young people love the categorization of servers.

On a large scale, the servers are private; only by invitation can people join. These servers are for small communities to stay in touch. Many public and bigger servers are centered around topics like politics and popular games like Minecraft.

Regardless of the small and big servers, people love this tool because it becomes a home for communities and groups of friends, and it has advanced features of sharing screens clearly which other tools do not have. I will dive deeply into the next blog.

Right now, let us know how Discord started its journey and who were the people behind it.

The History behind the journey of Discord

These two tools didn’t have good features, and people hated them, but they had no choice but to use them as there weren’t many good voice-calling apps for gamers.

In 2015, Discord was publicly introduced, which was the perfect tool for these people and other people in the post-covid era. The tagline of Discord was also interesting. “It’s time to ditch Skype and TeamSpeak.” Early users started setting up their private servers to play games with their friends and later made many friends through this platform.

A few years later, at present, Discord became the biggest socializing and gaming platform. It currently has more than 100 million monthly active users. There are millions of communities for every game you can imagine, and they all use Discord. Discord has reached beyond gamers in the post-covid era.

Many university faculties use it as a platform to share content. Many workers use it as sharing files. This is the simplest way to know how Discord has started and how it is going. The people behind Discord didn’t have a plan for this. I mean, they didn’t realize it would go this big. Let me talk about the founders of Discord.

The picture is taken from https://www.crunchbase.com/. I bet most of you do not know who this guy is. His name is Jason Citron, and he is the co-founder and CEO of Discord.

Unfortunately, he wasn’t promoted like other big tech guys in the industry, and that’s why you won’t even find his profile on Wikipedia (yet). Before Discord, Jason founded OpenFient, which was a social gaming platform.

This platform was working well, but eventually, he sold it in 2011. He got 104 million US dollars for selling OpenFient to GREE, and he used that money for Hammer and Chisel. It is a game development studio.

It was a small start-up with a huge vision. The vision was to establish the next-generation PC gaming company. This company’s first product was Fates Forever which was officially released in 2014.

This game happened to be the first MOBA game on mobile platforms. Unfortunately, the product was a failure; it wasn’t commercially successful.

Though the project was a failure, Citron followed his team’s activities and realized how hard it was for them to figure out tactics in games like Final Fantasy XIV and League of Legends; they were using VoIP software.

In his team, there was another guy who happened to be another co-founder of Discord. I will talk about him later. He figured out that some VoIP options needed gamers to type in IP location to connect, while others had some noticeable security issues.

The other co-founder suggested him, and in the end, this led to the development of a texting platform that was much friendlier to use.

Even though there isn’t any blue badge, this is the official Twitter account of Jason Citron. As I said, he isn’t popular enough, and not many people know him. You guys can follow him and follow every Discord-related news and other tech news.

But there is another founder of Discord. Let us get to know him, shall we?

This picture is taken from https://www.inc.com/. Stanislav Vishnevskiy is the Chief Technology Officer of Discord. But the path to being the co-founder of Discord hasn’t been easy. Jason and all the team members call him Stan.

Stan was a hardcore gamer back in the old days. He was so addicted to the games that once he hired 40 gamers for a team in high school which helped him earned a lot of points to become the top team in the world. He was the number 2 guy in ‘Final Fantasy XI.

However, neither he nor Jason couldn’t do much before the big collaboration in 2015. Stan had many tools from his “Final Fantasy” project, and he tried to transform them into an asset that other gamers could use. It didn’t work, sadly.

Meanwhile, Jason was doing okay with his first company, “OpenFeint” but it wasn’t commercially successful. Later they both worked for the same company Hammer and Chisel, in 2003.

Their first product wasn’t successful either, which I mentioned above. Later in 2014, it was Stan who came up with the idea Jason that they should create a chat platform for gamers.

He said, “I don’t want to make more mobile games. We’ve been talking about building a chat service, and I have an idea for how we can do it.” Jason argued a lot with him, but later, he decided to work on it. They started working on it in January 2015.

This is the official Twitter account of Stanislav Vishnevskiy. He is the CTO of Discord. You can follow him there to get the latest news about techs and Discord.

Discord was publicly launched in May 2015. One of the key factors of this thing is people can download the app and use it, and also, they can use it from a web browser. This is why Stan said it was a “fancy app.”

The founders and their team also set a feature on this platform to create your chat rooms. People in Discord call it “servers.” At first, there were around 20-30 people, and most of them were their friends who were using it.

But the features attracted early users, and one of them posted about Discord on Reddit. We all know how things spread on Reddit. People were getting interested while the post on Reddit was reaching a lot of people. Stan took the chance to answer everyone interested, and that day, 600 new users started using Discord.

In 2015, Discord was globally announced by the “discordapp.com” name. The team didn’t work on their consumer segmentation. Their initial plan was to create a platform for gamers. When Discord was becoming popular, it was heavily used by LAN and esports tournament gamers.

Jason and Stan’s team largely benefited from subreddit gaming communities); especially World of Warcraft. In the next year, WarnerMedia invested 20 million US dollars in Discord company.

Though the investment group of WarnerMedia sold their shares in 2019, Discord utilized that money to expand their company back in 2016.

In April 2018, Microsoft came up with an idea. They announced that the company would provide financial and other support to Discord for Xbox Live users. The idea was to allow the users to link their Xbox Live and Discord accounts.

It would help them stay connected with their friends from Xbox Live. This idea was a huge success for both parties, especially for the rising company, Discord.

In the last year, when the COVID-19 pandemic hit, non-gamers, in general, and many people of all interests started using Discord. So, the Discord team modified their motto to “Chat for Communities,” which was “Chat for Gamers” when they initially started.

They also changed their Twitter username to @discord, which was @discordapp before. In May 2020, they changed their primary domain to discord.com. Next month, they publicly announced that it was shifting toward the general audience for all sorts of communication purposes.

They saw the number was rising, and they had to modify their vision and marketing strategy. Within this time, the company got 100 million US dollars of funds from investors to improve its platform for users.

This year in March, there was a lot of news coming out that many big companies were looking to buy Discord.

According to Bloomberg News, Microsoft wanted to buy Discord at a value estimated at 10 billion US dollars among all the potential buyers.

However, the co-founder Jason Citron and the team do not want to give up their company and want to be independent. They even hired their first finance Chief, Tomasz Marcinkowski, the head of finance for Pinterest.

This was the initial logo of Discord when they publicly launched their company. The picture is taken from LogoMyWay. The gamers and the first users used to love this design. In May 2021, they announced that they would rebrand their logo and when the new logo came, many old users didn’t like it.

This picture is taken from Video Games Chronicle website. This is the new logo of Discord and this new generation has a way of expressing their thoughts these days. Meme! Here are some memes before I end this article and in my next article I will talk about the features of this platform.